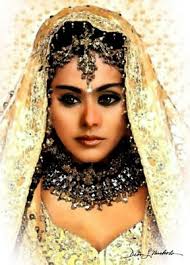 A rendering of Queen Esther

Where to start this morning…Which way to go….there are so many things I could say ! It is TRUE, my story has been the key to unlocking so many of yours ! I stand amazed at the way God works, even now. Your individual stories touch me, and keep my heart soft. Your words of love and encouragement open my eyes to the fact that God is indeed restoring my lost years. Not just the years of my youth, but the years spent believing lies about myself. So…I will start here today. I am still asking the Lord to show me the truth about myself. Who am I ? What do you want from me ? What character am I in your story ? These questions roll through my mind.

We got up early, and made it to the first service this past Sunday. It was not a great morning in our house, there were bad hair days, dirty fingernails, and wayward dogs. Use your imagination, there might have been some yelling. It didn’t matter, we were going ! And I am so glad that we did. As I stood,  arms raised in worship of the one who is presently saving me, a gentleman came over and spoke to my husband and I. He said that as he looked over at me that God had said, ” Queen Esther ” , he said that my willingness to be vulnerable and truthful about my life would save generations. Thomas and I were both crying. We thanked him for coming over, and then I thanked God for giving me a glimpse of Who I am. When I posted my story I had a vision of freeing my daughters, and my granddaughter…but God has spoken of other women, and their daughters…generations,outside of my immediate family. Amazing. Queen Esther was an orphan, and I have been as well. At first Esther did not want to intercede on behalf of her people to the king, she was afraid. In Esther 4:14 Mordecai ( Esther’s Uncle ) gives her this advice…If you keep silent now, relief and deliverance will rise for your people from some other place, but you and your father’s house will perish. Who knows ? Perhaps you have come into the kingdom for such a time as this !  Esther took her time, she fasted, and gained favor with God, and when the time was right, she shared her story, and unlocked freedom for the Jews.  I believe that is true for all of us. Don’t keep silent to save your foolish pride, tell your story, become the heroine, unlock your future with your past. God has handed you the key.